Diabetes ABCs: 30 Terms Every Person with Diabetes Should Know

Diabetes ABCs: 30 Terms Every Person with Diabetes Should Know

This post was reviewed by our Director of Clinical Excellence and Oversight.

If you’ve recently been diagnosed with Type 1 or Type 2 diabetes, live with someone who has diabetes, or care for someone who has the condition, get ready to learn a whole new vocabulary! From A1C to xylitol, there are lots of new words to remember!

Why do you need to learn all these new terms? Every health condition has certain words and terms associated with it. Learning these words and terms will ensure you and your healthcare providers are all on the same page when you are talking about how to manage the condition. 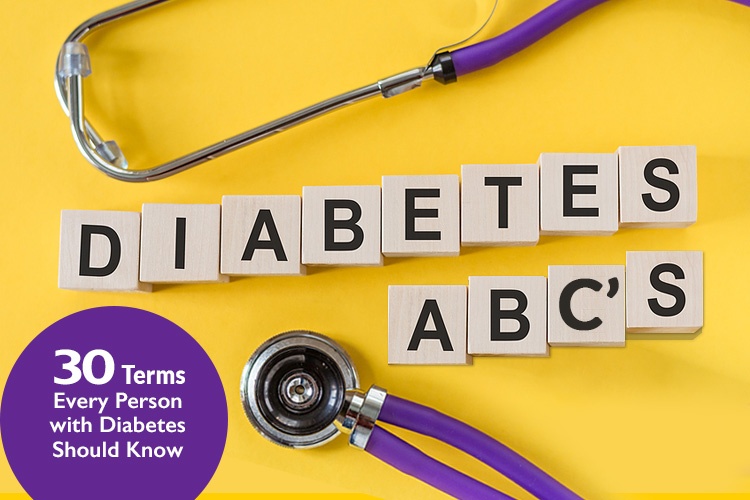 Another reason to make sure you know the meanings behind the technical words your healthcare providers are using to talk about type 1 or type 2 diabetes is that it will help you better understand and follow your doctor’s orders when it comes to the medication, food, and exercise on your diabetes care plan.

The team here at HCD includes clinical experts such as Registered Nurses (RNs) who oversee new orders that are shipped to our customers. This ensures that each customer gets the products they need, in the amount they need them, at the right time.

As part of our Clinical Team, HCD has a Certified Diabetes Care and Education Specialist (CDCES). The CDCES has a comprehensive knowledge of diabetes and diabetes management. The CDCES and our clinical team work together as partners with our customer’s insurance company and healthcare professionals to ensure each customer has the tools they need to manage their care. 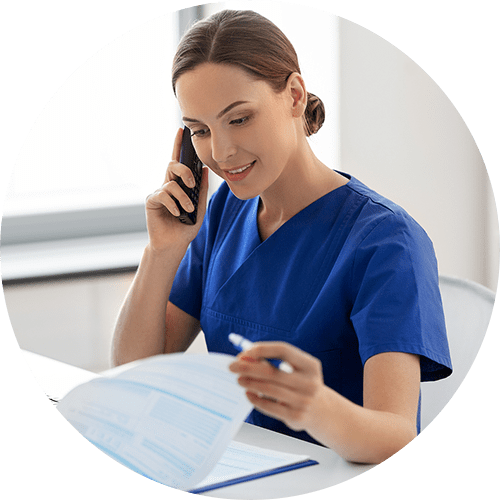 The following diabetes glossary contains 30 terms important for people living with diabetes to know. If a term is unfamiliar or unclear, we urge you to speak directly with your healthcare team to ensure you understand how the term is used in relation to your health and diabetes management.

A1C. A hemoglobin A1C blood test tracks glucose over a 2- to 3-month period. The test is given in a doctor’s office or clinic. The A1C is widely used to diagnose and screen for type 1 and type 2 diabetes, and for pre-diabetes.

Adult-Onset Diabetes. You may have heard the term adult-onset diabetes, although it’s not commonly used by doctors anymore. The term is used to refer to Type 2 diabetes in adults, however it is not commonly used anymore because there is now a large population of children and adolescents who are also being diagnosed with type 2 diabetes.

Antibodies. Antibodies are proteins that protect the body from bacteria or viruses. People with type 1 diabetes have antibodies that destroy their own insulin-making cells known as the beta cells, which are found in the pancreas.

Aspart Insulin. A fast-acting injected insulin that begins to work about 15 minutes after injection. It is commonly known as ‘meal time insulin’.

Beta Cells. These are cells located in the pancreas. Their function is to make insulin, which controls the level of glucose in the blood. In type 1 diabetes, beta cells are destroyed by the body’s immune system.

Blood Glucose Monitoring. Checking glucose levels regularly is an important part of managing diabetes. This can be done with finger sticks or with a Continuous Glucose Monitor or CGM.

Borderline Diabetes. This is an outdated term. The new term commonly used is pre-diabetes.

Cardiovascular Disease (CVD). Cardiovascular disease is a variety of conditions involving narrow or blocked blood vessels of the circulatory system. People with diabetes are at higher risk for CVD.

Carbohydrates. Carbohydrates or carbs are one of the three primary nutrients in food; the others are proteins and fats. When carbs break down, they form glucose.

Certified Diabetes Educator (CDE). If you have access to a CDE, you’re in luck. These trained healthcare professionals specialize in diabetes, including diabetic medications and setting goals for managing your diabetes.

Diabetic Retinopathy. Small blood vessels in the retina of the eye can become damaged as a result of diabetes. Mild cases of diabetic retinopathy can be managed with blood sugar control. In more severe cases, the condition can cause loss of vision.

Gestational Diabetes Mellitus. This is a type of diabetes that develops during pregnancy and usually resolves after a woman gives birth.

Glucose Tablets. Fast-acting chewable tablets made of pure glucose that are used to quickly raise blood sugar when it dips too low.

Injection Sites. These are the places on the body where insulin is injected. Rotating the injection site can prevent a condition known as lipodystrophies, which are collections of fatty tissue.

Insulin. This all-important hormone, secreted by the beta cells of the pancreas helps the body use blood sugar for energy.

Insulin Pump. Some people use an insulin pump, a delivery device about the size of a deck of cards that can be worn on a belt or in a pocket. It connects to tubing that ends with a small catheter inserted under the skin.

Insulin Resistance. Insulin resistance is a condition that can raise your risk for developing type 2 diabetes. When you have insulin resistance your body has problems using insulin to regulate blood sugar, which can cause elevated blood sugar levels.

Juvenile Diabetes.  This outdated term refers to type 1 diabetes. Research has shown that not only children and adolescents can be diagnosed with diabetes, but adults can develop type 1 diabetes as well.

Neuropathy. Neuropathy is a disease of the central nervous system that has several forms. Most common among people with diabetes is peripheral neuropathy, which affects the legs and feet, causing pain, numbness, pins-and-needles, and weakness.

Pancreas. Located in the abdomen, the pancreas is the organ that contains the beta cells that produce insulin as well as enzymes that help digestion.

Peripheral Vascular Disease (PVD). People with diabetes are at higher risk for PVD, which occurs when the large blood vessels of the arms, legs, and feet do not get enough blood. Symptoms include aching pain, and foot sores that heal slowly.

Pre-Diabetes. In this condition, the beta cells of the pancreas are becoming tired and are no longer able to secrete enough insulin to respond to the body’s glucose levels. Pre-diabetes is generally diagnosed with a Hemoglobin A1C of 5.7% to 6.4% or a fasting blood glucose level of 100 to 125.

Xylitol. This plant-based sweetener can be used as a substitute for sugar. It is found naturally in many fruits and vegetables. 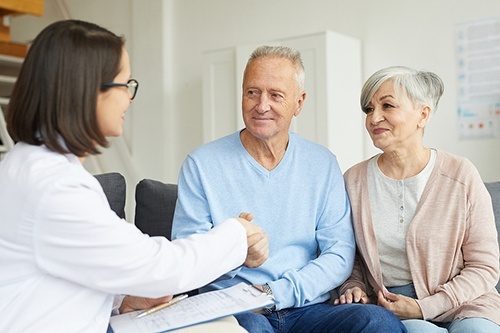 “Taking personal responsibility for your health starts with following doctor’s orders. It’s also about learning the language of diabetes so you can partner with your care team to make wise choices.”

Now You Know the Words. It’s Time to Get the Supplies.

Want to learn even more words associated with diabetes? The website of the American Diabetes Association, www.diabetes.org is a great place to continue your diabetes education.

When it comes to diabetes supplies, Home Care Delivered is a trusted resource for insurance-covered blood glucose monitors, test strips, and lancets, as well as Continuous Glucose Monitors by Dexcom and FreeStyle Libre. We also offer blood pressure monitors, nutritional supplements, incontinence supplies, and wound care products that are often useful to people living with diabetes. 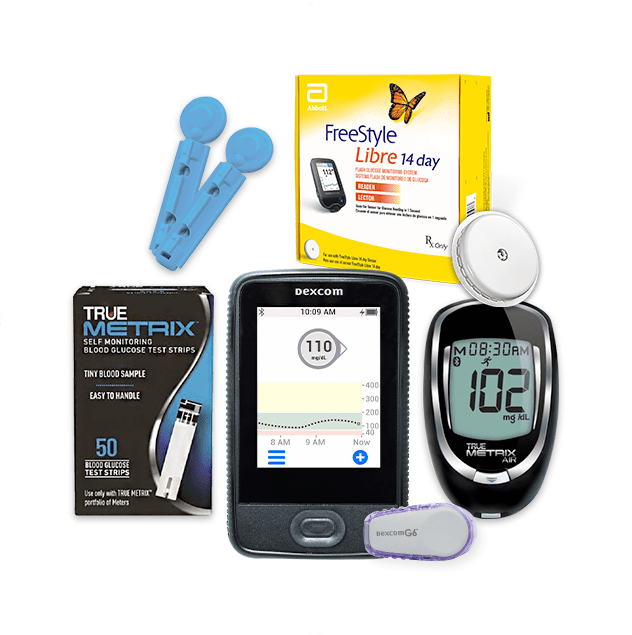 For 25 years HCD has been discretely delivering medical supplies, saving people time and trips to the store. What’s kept us on top? Our commitment to making life easier, with award-winning customer service and a Clinical Care Team that’s fully involved in making sure we get things right every time.

How to order? Click the button on the left to arrange a call or call us directly at 866-904-0815. We make things easy by coordinating with your healthcare team and your insurance company and filling out all the paperwork. Taking the burden of getting approvals and coordinating care off the customer is just one of the ways the team at HCD provides the best customer care in the medical supply industry.

Monthly Deliveries | We Handle the Paperwork 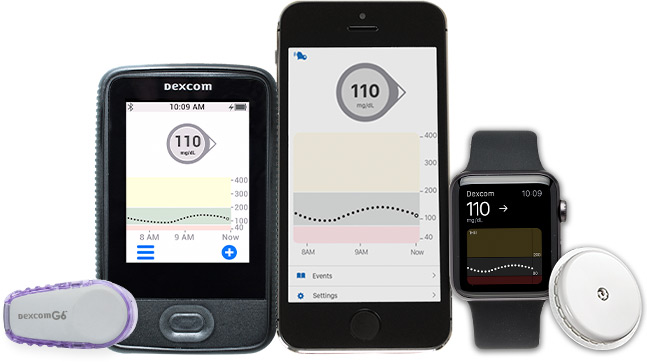 Unless otherwise noted, the recommendations in this document were obtained from the sources indicated. Be advised that information contained herein is intended to serve as a useful reference for informational purposes only. HCD cannot be held responsible for the continued accuracy of or for any errors or omissions in the information. All trademarks and registered trademarks are the property of their respective owners.

How Well Are You Managing Your Diabetes? Check Your A1C

If you have diabetes, or are actively trying to avoid developing it, you’ve probably heard of a blood test called the A1C. The hemoglobin A1C test is the gold standard for measuring blood sugar because it tracks glucose over 2 to 3 months.

If you’ve been experiencing a little (or a lot!) of leaking due to incontinence, it may be tempting to grab a maxi pad from the bathroom cabinet and hope for the best. After all, a pad is a pad, right? Could there really be that much difference between a pad meant to protect someone with incontinence and one meant to protect someone who has her period?

Caring for an Advanced Wound: A Practical Guide

Remember when you were a kid and that skinned knee seemed to fix itself overnight, with the help of a couple of Mickey Mouse Band-Aids, of course? Unfortunately, adult wounds can take longer to heal. That can be because of the severity of the wound as well as underlying health issues.

When we think about diabetes self-care, we usually think about monitoring blood sugar, taking medication, and counting carbs. These are all critical for effectively managing diabetes, but there are two other “things” you also need to think about—your feet!

Is it an Accident or Is it Incontinence? How to Tell When a Little Pee Is More Than Just a Little Annoyance.

Yes, leaks do happen. You might be laughing with a friend or out for a quick run or just checking your email, and suddenly you feel a little dribble.

← Diabetes and Foot Health Caring for an Advanced Wound: A Practical Guide →

The page you requested could not be found. Try refining your search, or use the navigation above to locate the post.